What we really need is good digital education. My daughter's first computer-science-lesson in high-school consisted in filling out LibreOffice-spreadsheets. Thats a scandal! Kids have to learn how to hack!

What do you think?
How could such a school-programm look like?
How could we provide real digital education?

Pete Moss
Mon, 09 Apr 2018 20:21:30 +0200
Education curriculums are crafted by people who had to learn computing as an entirely new skill. They approach contemporary teaching of digital skills with the mindset that the focus is on being able to use computers rather than learning about them.

The Raspberry Pi has done more for digital education than any curriculum in 20+ years.

I'm not sure how everything should be taught, but I am dead against the concept that Google et al should set the agenda with their 'education' programs.
Link to Source View Profile

Adam Robertson
Wed, 11 Apr 2018 05:21:37 +0200
My personal opinion is that young children do not need computers in their curriculum until at least after age 12 ~ 14. Basic thinking skills are enough without enforcing the need for perpetually staring at a screen.
Link to Source View Profile

Waitman Gobble
Wed, 11 Apr 2018 07:41:28 +0200
When I was in elementary school, we were introduced to computers by programming them from the very beginning. I think the first thing I did was make a program to draw a flag on the screen, I picked Finland because it was easy. It was on a TI-99a and there wasn't a whole heck of a lot of 'rote user' crap you could do yet anyway. It should maybe be more like 'here's a bunch of  computer parts in a box, let's put it together and install an operating system and make a program'

that is possible in elementary school.

I tend to agree with the guy who wrote the software Mathematica, that the chances of being more then 3 feet away from a computing device are pretty slim anymore, teaching kids to do math without calculators/computers is a waste of time. You can teach kids Calculus in elementary school. Math is kind of taught upside down, when you get to the higher levels it's like 'what, you made me waste all my time doing all that stupid crap when it could have been done much easier'.

And then finally when you are in 900 level math class you get to the part about finally proving that 1+1=2. (see Principia Mathematica.. "From this proposition it will follow, when arithmetical addition has been defined, that 1 + 1 = 2." a three-volume work on the foundations of mathematics published in 1910)

In college I took an 'experimental' calculus course based on Mathematica, (the software that originally only ran on Mac, but now everywhere) The final exam was like 12 questions, open book open note open discussion open whatever and three days to finish.. So nobody aced the test. The high score was a Math major.

I think devices can be used as tools for higher learning from a young age, if done properly. I also think that repetitive 1+1=2, 2+3=5 crap is stupid in this day and age. 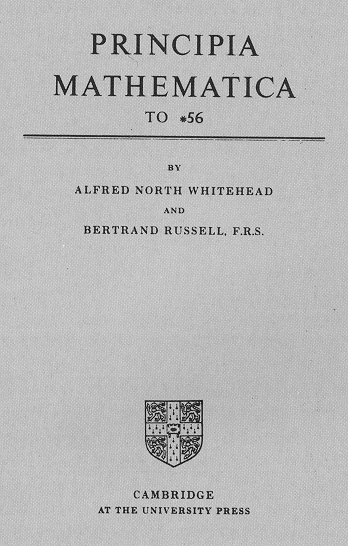 Beni Grind
Wed, 11 Apr 2018 07:49:32 +0200
IMHO it is important that kids learn basic programming skills as early as possible. Their time on the computer could be limited to such activities, using tools which are appropriate to their age.

I don't think it is even possible to teach topics like machine learning - or anything which requires advanced math - at primary school level. I struggle to discuss such topics at high school (Gymnasium) level.

In Switzerland we are introducing compulsory IT courses at Gymasium level. I don't fully agree with their proposed curriculum but it's definitely rather IT than ICT focused. That's the draft (in German, sorry): http://svia-ssie-ssii.ch/lehrplanentwurf-obligatorisches-fach-informatik-ofi/
Link to Source View Profile

Stephan Maus
Wed, 11 Apr 2018 07:59:38 +0200
Uh, uh, that reminds me of MBot, a little Arduino-Robot I gave my daughter for Xmas. You can program the robot from a Bluetooth-connected Laptop with the simple programming-language MBlock.

Our game: I write exercices like: "Make him drive in a square." And my daughter is programming it. The most difficult part: I have to understand this f*ing computer-language to write the exercices.

My next task should be: "Make him drive an eight." But I forgot the basics of the language since Xmas. So we will probably go out roller-skating instead.
Link to Source View Profile

Sorry, you have got no notifications at the moment...